Father Athanasius grew up in the northwest part of Illinois. Having grown up in the Evangelical Free Church and having become Episcopalian while he attended Wheaton College, he and his wife, Michelle, were led to the Orthodox Church, seeking the fullness of the Faith once delivered to the Saints. After much study and attending the services of the Church, they were received into the Orthodox Church in early 1994. Almost five years later, Father was ordained as a deacon and served in that capacity for almost four years at Holy Transfiguration Orthodox Church in Warrenville, Illinois.

Father was ordained to the holy priesthood on the Feast of the Transfiguration of Christ in 2002. One month later, he was sent to be the first assigned priest at St. Barnabas the Apostle Orthodox Church - a mission at that time - in Columbus, OH. Father and Kh. Michelle have two grown children. 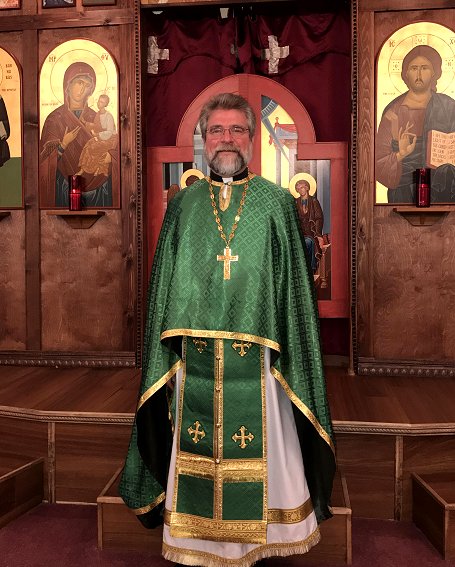